Has recently been completed by Dynamar. Dynamar’s long standing publications are designed as "off the shelf" consultancy studies and these publications are available at a fraction of the price of an exclusive report.

Dynamar’s range of publications provides in depth coverage of specific trades, such as West Africa and East & Southern Africa and the Intra-Mediterranean alongside individual sectors of the shipping market including the Reefer trade, RoRo and Breakbulk.

As an independent market player, Dynamar is able to provide objective market insight and intelligence. Our team of experienced analysts and consultants have established a reputation for producing high quality publications, which are referenced regularly by market observers and trade media alike.

Below provides a non-exhaustive indication of the analyses included in the studies:

The BREAKBULK V (2019) – Operators, Fleets, Markets publication can be purchased below.

Please select the delivery method (PDF, Printed and Bound or both) below and follow the on site instructions. To purchase a report on Dynamar.com you need to login to your account. 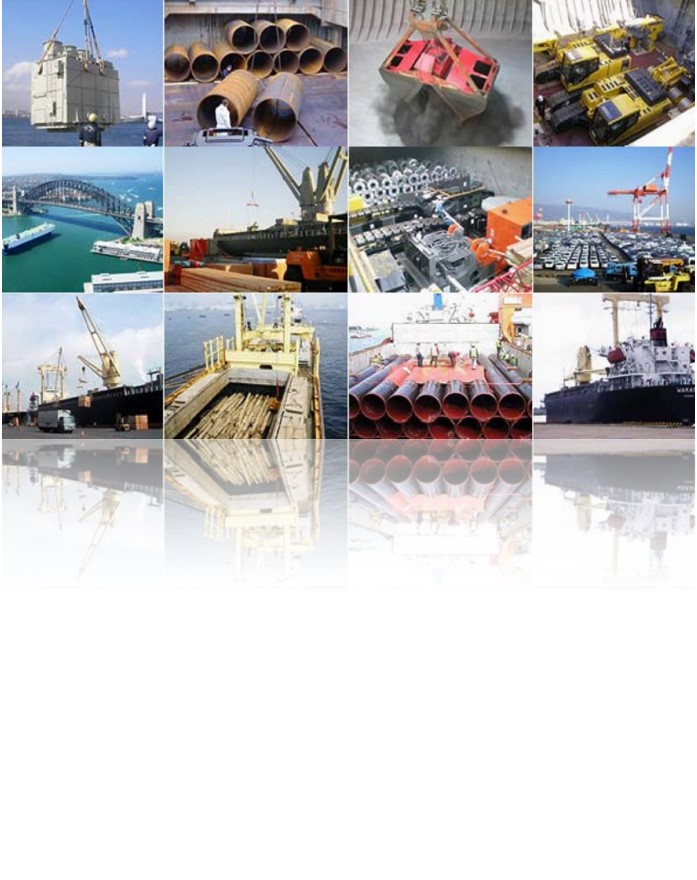 Dynamar is proud to present a brand new edition of its popular, much sought after report:

Breakbulk is a broad term used to describe any dry cargo that does not fit into the standardised form of the rectangular box. Whilst there are striking examples of remarkable heavy load and semi-submersible vessels that carry incredibly vast and heavy cargoes, this segment actually represents a small portion of breakbulk cargo operations. Think of industrial components, plant, machinery, cranes, wind-turbines, forest products, aluminium rolls, iron and steel, agribulks, minerals to name but a few. The publication identifies eleven breakbulk cargo categories, defines the main trading areas and lists the commodities generated within these.

The operating model of many breakbulk shipping companies remains that of traditional tramping, carried out on a global scale. The era of decrepit, rusty, sea-beaten vessels operating in regions forgotten by the rest of the world is long gone. Today, the fleet comprises largely modern, sophisticated and highly versatile vessels that are fit for purpose, able to perform a variety of functions all the while being operated by established, highly experienced and professional carriers.

A more, or less static fleet

Overall, the current multipurpose fleet consists of 4,700 ships with total deadweight for 63 million tons. The fleet can broadly be split into two categories: those with ramps (Ro/Ro) and those without. The order book, at 236 units or just 5% of the operating fleet, is considered modest. It includes all vessels delivered, or due for delivery in 2019.

Following the mid-2000s breakbulk heydays, there was a peak in production between 2007 and 2012, when annually more than two hundred ships were delivered. Such levels had not been seen since 1985. Since 2015, production has fallen back again to below a hundred units per year and in 2018 only sixty-six units hit the waters.

Lifting trends, on the UP

BBC Chartering of Leer/Germany is the undisputed number one by aggregate heavy-lift capability of its fleet, followed by Zeamarine of Hamburg, Amsterdam-based Spliethoff (3), Cosco Shipping Specialised Carriers of Guangzhou/South China (4) and China/Polish Chipolbrok (5).

However, by average heavy-lift capability (irrespective of deadweight), it is HMM with just four vessels, heading this ranking with an average of 640 tons. Here, Chipolbrok comes second with 570 tons and Singapore’s AAL third with 470 tons. Numbers four and five are Zeamarine (395 tons) and BBC Chartering (380 tons).

Indeed, the highest deadweight capacity does not necessarily equate to a high heavy-lift capability. The two Open Hatch Gantry Crane (OHGC) operators with the largest fleets in terms of deadweight have limited onboard-crane capacities. Hence the mid-range heavy-lift capability rankings of G2 Ocean (thirteen ) and Saga Welco (sixteen) in this category.

Some 50 years ago, Ro/Ro was embraced as a suitable alternative for intra-Europe shortsea trades. Indeed, each Ro/Ro ship is a seaworthy vessel and therewith capable to operate in deepsea and shortsea trades. Investment in Ro/Ro newbuildings peaked in the late 1970s when it was found to be the ideal ship for the deepsea Europe-Middle East and West Africa markets, amongst others, which were then going through an infrastructure development boom. Port facilities there were then (very) limited, with congestion running into weeks, if not much longer, for general cargo ships.

However, the conventional deepsea Ro/Ro solution is facing a developing world, one that is covered with harbour cranes of all types and sizes. Hence, the ramp generally no longer compensates for the lack of shore cranes. Instead, it has become a valuable add-on, a speciality to allow (what is basically) a multipurpose ship to carry cargoes that would not be suitable for handling by on-board or quay cranes.

This will ultimately impact vessel design and Dynamar expects that the non-geared PCTC (Pure Car and Truck Carrier) will eventually take over from the “classic” conventional Ro/Ro ship. WWO’s Mark IV & V Ro/Ro vessels, each with the look of a PCTC, are an example of this development.

The Heavy-Load specialists focus on extremely heavy or bulky cargoes that requires unique equipment to handle. It is the semi-submersible vessel that carries the largest, heaviest and most imaginative loads, often weighing tens of thousands of tons and perhaps not necessarily designed with the intention of transportation by way of a ship! High entry barriers mean that the Top-15 Heavy-Load specialists operate a very substantial share of the world fleet of Geared heavy-load, Semi-submersible and Open deck ships.

The semi-submersible activities of Boskalis originate from 1983. Boskalis (previously named Dockwise) in this latest review is rated the second largest Heavy-Load operator for the first time. The fall in the ranking of this industry leader is set to continue as the company seeks to dispose of its closed-stern vessels on the back of disappointing results. It may be assumed that its “Boka Vanguard”, with 116,000 tons deadweight, 15.5 meters submerged depth and 16,000 sqm deck space will remain at least the biggest semi-submersible ship for years to come.

In mid-July 2019, the “Boka Vanguard” was functioning as a sailing dry-dock, moving the 323-m long, 37-m breadth, 13,400-dwt “Carnival Vista” back and forth between Galveston and the Grand Bahamas.

The breakbulk, project and heavy-lift markets is multi-faceted. Our bi-annual reviews reveal that there are many niches in the this industry, each served by specific, specialist carriers. Traditional general cargo behaves differently from projects and heavy lift, with separate dynamics and cycles.

There can never be a prevailing, overall market picture. What all breakbulk segments have in common though is their vicinity to the cargo. Anywhere and anytime.

The breakbulk heydays of the mid 2000s remain a distant memory, for now…

All data and information for this report has been collected, researched and processed in the first half of 2019. As different sources offer diverging information on similar topics we have endeavoured to provide the most accurate estimates.

We trust that you will find BREAKBULK V – Operators, Fleets, Markets as interesting as its predecessors.

Even after thirteen years, the first 2006 issue offers a useful complementary to this new report, with very limited repetition of data and subjects. It makes recommended reading too and is therefore available for the buyers of this brand new 2019 breakbulk publication at a reduced price.

Unchanged over the years, the breakbulk market is a fascinating shipping segment, but one that lacks transparency at the same time. This, again, is Dynamar’s effort to shine a light on it.

Return to Database
Return to Publications
More information about reports