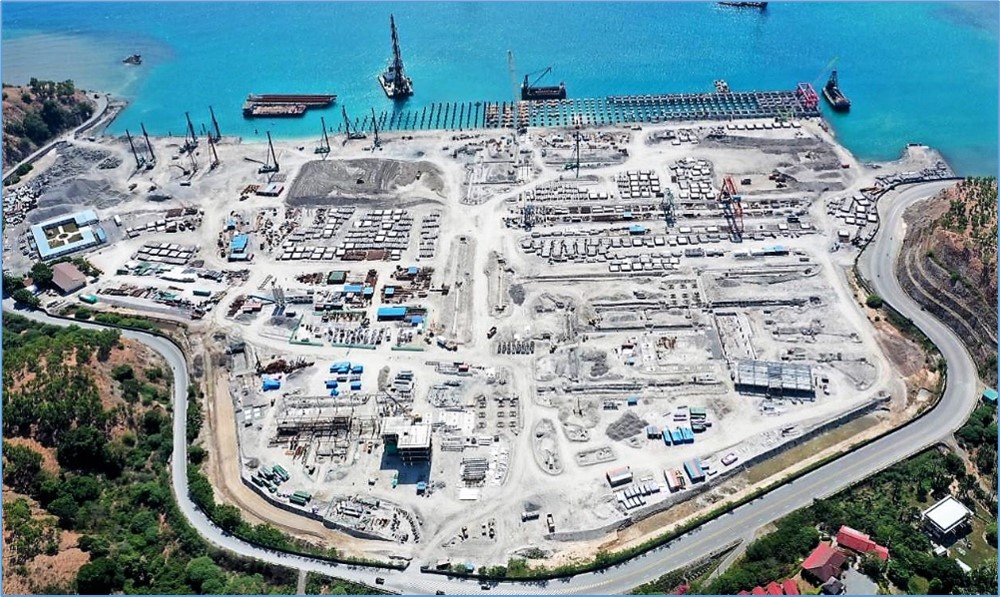 Bolloré has taken delivery of two Ship-to-shore gantry cranes and four rubber-tyred gantries (RTG) from ZMPC for its new container terminal in Tibar Bay (location) near Dili in East-Timor (DL 52/20). The stevedore is currently building a new box facility there on a 27 ha plot of land and with a quay line of 630 metres. At a later stage, another three quay cranes and nine RTGs will be installed. Pending regulatory approval, the facility is part of the terminal portfolio that could be acquired by MSC’s TIL.