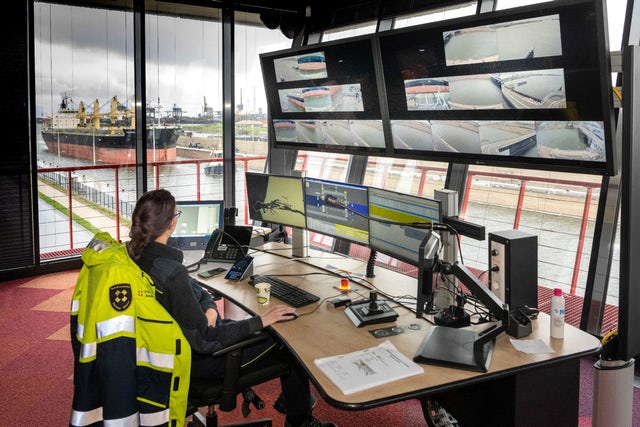 IJmuiden has opened its new lock, which connects the North Sea with the North Sea Canal, which leads to the port of Amsterdam. The new lock is the world’s biggest, with a length of 500 metres, width of 70 metres and depth of 18 metres. At the time when the project started, containerships of 8,000 TEU were frequenting the port of Amsterdam, but as it is no longer on the schedule of any of the East-West trades, and not likely to return on it, the current ships visiting are mostly under 1,000 TEU. DL 49/14 refers