Piracy down substantially in 2021

Home News Piracy down substantially in 2021 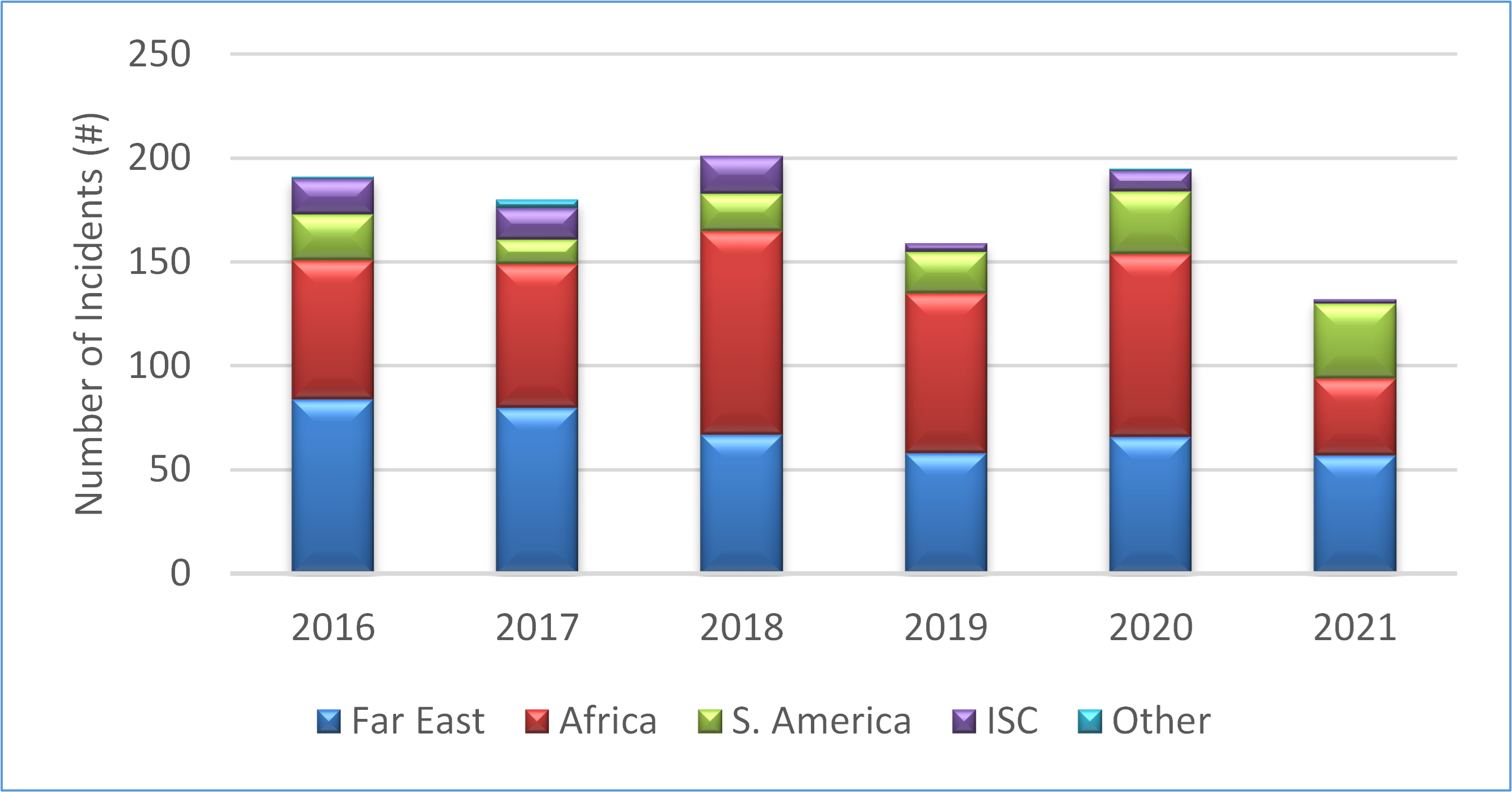 For 2021, the International Maritime Bureau (IMB) reported 132 actual and attempted attacks on ships (of all types), which is a substantial reduction compared to the 195 of the year before. Thirty vessels were containerships, ten more than the year before, with other targets including four general cargo vessels and one conventional reefer. The hotspots are the Far East, especially South East Asia, such as Indonesia (9 attacks) and the Singapore Straits (35), Africa (37) and South America (36). In Africa, Nigeria (6), Soa Tome & Principe (5) and Ghana (5) are the most dangerous places. In South America, it is Peru (18), which is responsible for half of the total. The 132 incidents are split between 115 actual attacks (including three cases in which the pirates managed to hijack the ship) and eleven attempted attacks.

More Container Company, Port and Terminal Statistics 2021 can be found in DynaLiners 03/22 !